Project 7: Aliens on the Lough

This project will raise awareness and provide advice and training to the local community on identification and management of invasive species including Japanese Knotweed, Himalayan Balsam and Giant Hogweed in the Lough Erne area.

Project 7: Aliens on the Lough

Invasive species are plant and wildlife species which are not native to the region that they are found.  Species can become evident in areas for several reason but with some invasive species if they are not managed, they can be detrimental to local habitats and native species.

Through this project LELP in partnership with Fermanagh and Omagh District Council and local volunteers will work toward the eradication of areas of invasive species within the LELP area.

Sarah Jane Explaining the Invasive Species we are working to manage 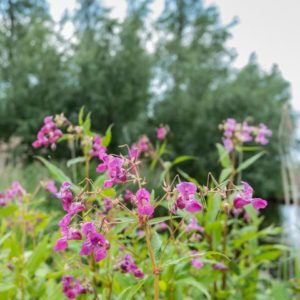 What is an Invasive Alien Species

Keep an eye out for Invasive Alien Species (IAS) in your area and record sightings with the Centre for Environmental Data and Recording.  View our downloadable guides below to help you identify invasive species that may occur in your local patch.  Recording this data is vital to help limit the amount or stop the spread completely.  Species such as the Asian Hornet or the Oak Processionary Moth have been recorded in parts of England and just recently in the island of Ireland, so vigilance is essential. 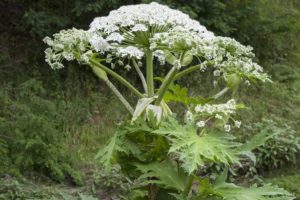 Human activities are the main cause of the arrival of invasive species.  Many species are deliberately released whilst others have escaped from our gardens and farms like the American mink and giant rhubarb.  Some arrive as hitchhikers and stowaways with imported goods like the New Zealand flatworm!

Aliens on the Lough - An introduction to Invasive Species

Fermanagh and Omagh District Council were pleased to host the first “Aliens on the Lough” training event at Castle Archdale Country Park as part of the Lough Erne Landscape Partnership (LELP) programme designed to promote awareness of invasive alien species locally.  An invasive alien species or IAS is categorised as any non-native animal or plant which can spread and cause damage to local biodiversity, the economy and health. 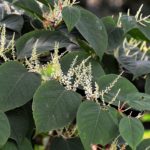 Pictured above is Japanese Knotweed, also known as monkeyweed, elephant ears or donkey rhubarb.  Participants at the workshop were advised against cutting invasive alien species like this which is an offence under the Wildlife (NI) Order and can spread the plant. 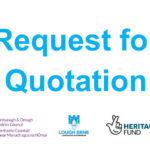 The works must be complete by the end of the season, before 31st October 2019.

If you want to subscribe to our monthly newsletter, please submit the form below.